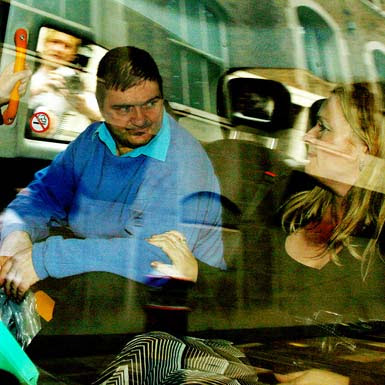 The man in this photo is Barry George. It was taken just after he had been freed on appeal against his conviction for the murder of BBC presenter Jill Dando. George was always the police's main suspect because he was the local weirdo, who stalked and attacked women and claimed to be the brother of Freddie Mercury. However, the forensic evidence was virtual non-existent and, after serving nine years in prison, he was finally acquitted. This means that Barry George - who has an IQ of 75 and myriad personality disorders - is back on the streets and as crazy as ever.
Geplaatst door Annie Wright op 08:00