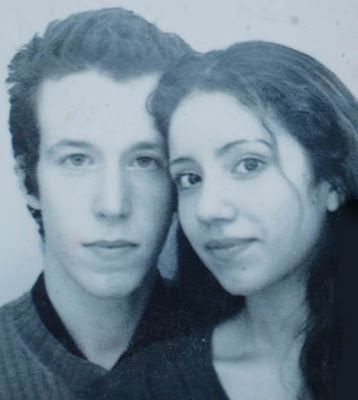 As a child, I believed that photographs changed when people died, that they acquired a haunted quality as is demonstrated by this romantic but melancholy image. Five years ago, the young man, a British Jewish student named Jeremiah Duggan, was lured to a conference at the Schiller Institute in Wiesbaden, an involvement that proved fatal. Despite sounding like a sister organisation of the highly respectable Goethe-Institut, the Schiller Institute is a sinister, anti-semitic sect. It contends that Jeremiah committed suicide by running onto a busy autobahn where he was hit by two cars, a claim that is disputed by his mother who believes he was murdered.
Geplaatst door Annie Wright op 00:00