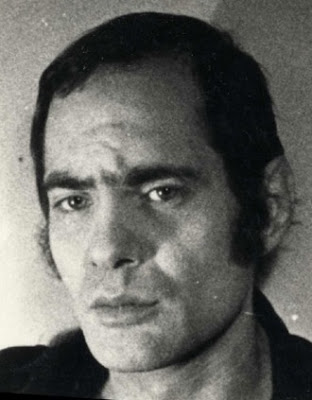 This portrait of the terrorist Andreas Baader was taken with a tiny Minox camera that had been smuggled into Stammheim Prison where he and three other members of the Red Army Faction were awaiting trial. Baader subsequently shot himself with a pistol that had also been spirited into the jail and hidden in a record player.

Strange: the frowning brows and upturned corners of the mouth