The Face on the Door 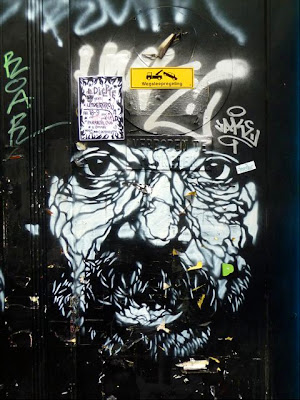 Somehow I feel I know him and that he knows me too.
Photo: Annie
Geplaatst door Annie Wright op 00:00 1 comment: 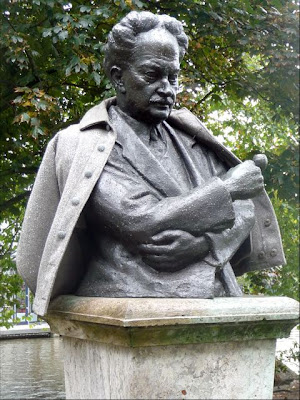 Someone has thoughtfully draped a woollen jacket around a statue of the Dutch writer Arthur van Schendel. Just right for the chilly autumn weather.
Photo: Annie
Geplaatst door Annie Wright op 00:00 No comments: 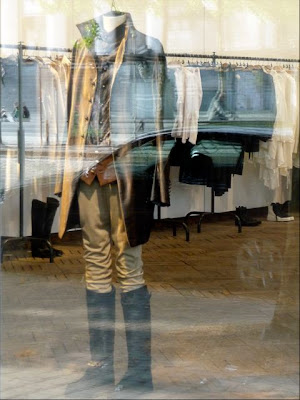 I Know I'm Not Supposed to Laugh at This... 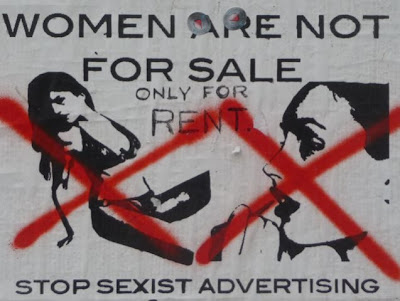 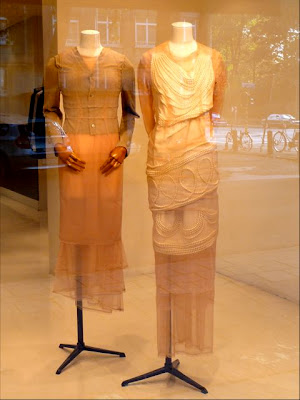 Like the stylish maiden aunts you should have had in your childhood, these two mannikins pose prettily in Comme des Garçons.
Photo: Annie. Click to enlarge
Geplaatst door Annie Wright op 00:00 No comments:

The Triumph of Style Over Substance 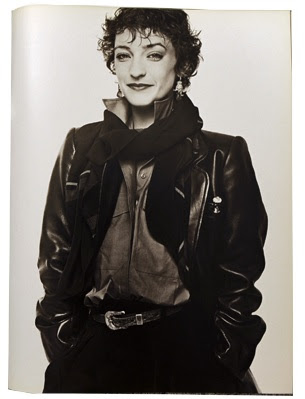 For 30 years Lou Lou de la Falaise was muse to Yves Saint Laurent and reputedly inspired him to create the legendary 1966 tuxedo. Now she has a shop in Paris, Maison de Loulou, and her own line of cheap but chic accessories, which she sells through the American HSN shopping channel. A surprising move for someone once married to the Knight of Glin, and perhaps even to LouLou herself, who was heard to remark during a recent broadcast 'I always used to say I'd rather be run over by a car than do this'.
Photo: Richard Avedon
Geplaatst door Annie Wright op 00:00 4 comments: 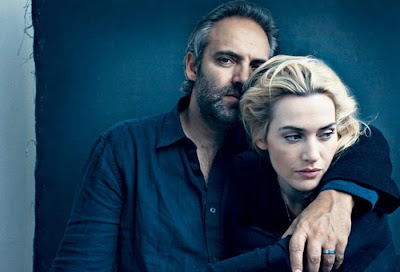 As I reported recently, photographer Annie Leibovitz is going through a tough time with a threatened bankruptcy and assorted court cases. Maybe that why she (or her people) made the above gaffe. When photoshopping director Sam Mendes, she forgot to include his left arm, which is wearing a dark jacket, while the rest of him is clad in a nice blue shirt.
Geplaatst door Annie Wright op 00:00 1 comment:

Email ThisBlogThis!Share to TwitterShare to FacebookShare to Pinterest
Labels: photography 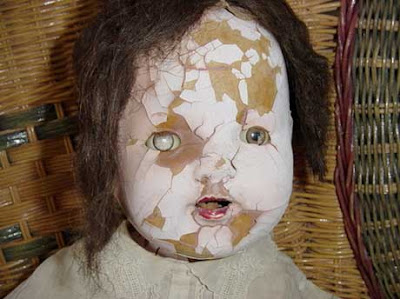 Email ThisBlogThis!Share to TwitterShare to FacebookShare to Pinterest
Labels: haunting

One for the Collection? 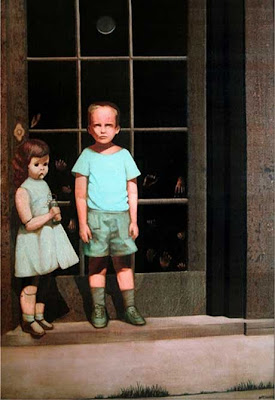 The Hands Resist Him was painted by California artist Bill Stoneham in 1972. Click the image and you will see countless little hands pressed against the glass door behind the boy and the doll. Spooky? Well, that's not all. In 2000, the painting was put up for sale on eBay with a very strange description. Apparently the two figures move freely around the painting at night and may even disappear without trace. Clearly a case of caveat emptor or "let the buyer beware"!
Geplaatst door Annie Wright op 00:00 3 comments: