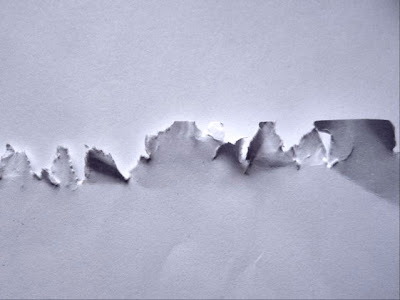 Everyone knows that cats can talk. They ask for food and they complain a lot. Sometimes you wish that they would just shut up. What is less well known is that some cats - mine included - can also write. Roughly translated, the delicately-chewed script of the above message reads: "This is a formal letter of complaint. You are an hour late with our breakfast. Do something about it!"
Photo: Annie
Geplaatst door Annie Wright op 00:00 2 comments: 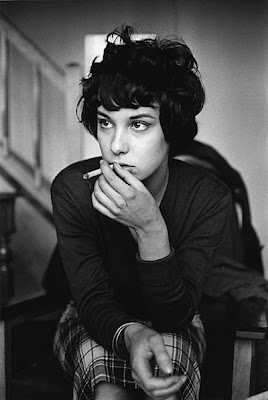 Right down to the bed head hair, this portrait of French actress Bernadette Lafont looks quintessentially modern. But it's not. It was taken fifty years ago and Lafont is now 71.
Photo: Jeanloup Sieff
Geplaatst door Annie Wright op 00:00 4 comments: 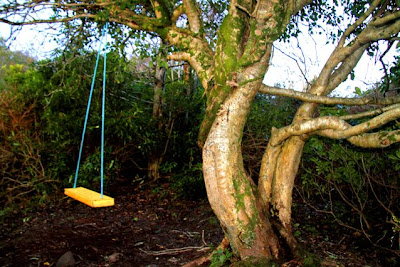 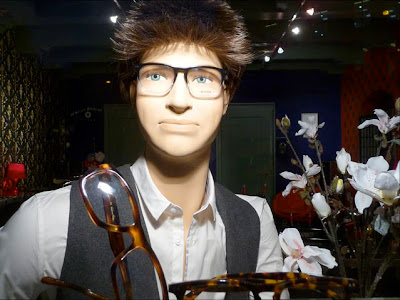 Yes, it's true! Harry Potter is all grown up and has landed a steady job at an optician's in Amsterdam. 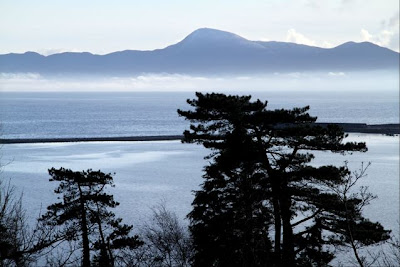 ... shot in Ireland a few weeks back. The mountain hovering above the waters of Clew Bay is the Croagh Patrick, a holy mountain where St. Patrick reputedly fasted for forty days. It is also said that after completing the fast he threw a silver bell down the side of the mountain, knocking the she-demon Corra from the sky and banishing all the snakes from Ireland.
Photo: Annie
Geplaatst door Annie Wright op 00:00 7 comments: 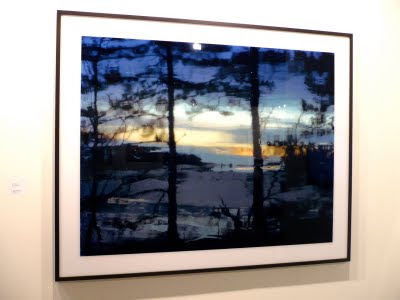 I love this photo work by the Finnish artist Jorma Puranen, He painted a board with shiny black paint, then went outside and photographed the wintery landscape as it was reflected in the paint. 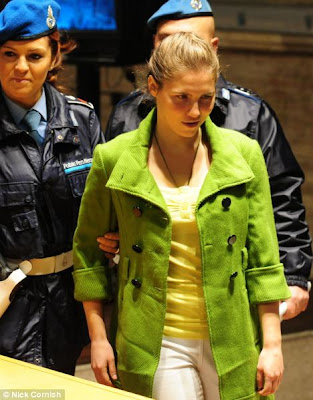 I was struck by the bright green coat that Amanda Knox was wearing at the end of her trial when she was compared to Amélie, the heroine of the eponymous movie that Knox and her boyfriend claimed to have watched on the night that Meredith Kercher was murdered.

So was this an attempt to create a visual association between Knox and an adorable character whose sole aim in life is to bring joy to others? 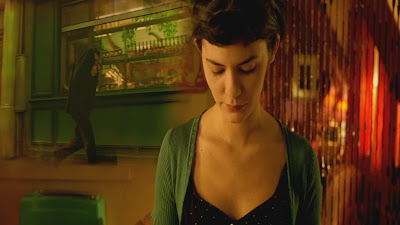 If so, it fails completely. Amanda Knox is clearly no Amélie; she's way too weird for that. Worse still, green is definitely not her colour.
Geplaatst door Annie Wright op 00:00 4 comments: 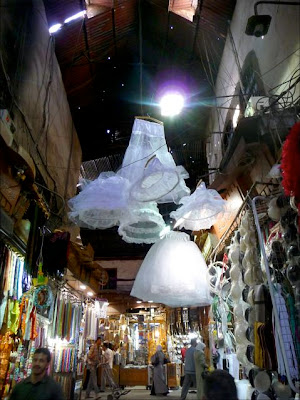 Like the ghosts of young girls waltzing at a spectral ball, these diaphanous petticoats float high above the El-Hamidiyeh Souk of Damascus.
Photo: Annie. Click to enlarge
Geplaatst door Annie Wright op 00:00 20 comments: 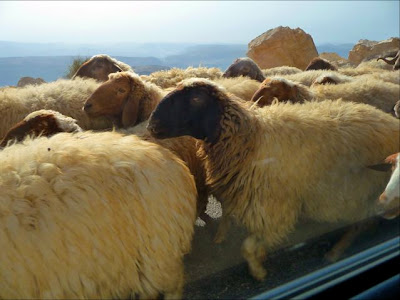 ... where your big shiny car is forced to a standstill by a flock of fleet-footed sheep!
Photo: Annie. Click to enlarge.
Geplaatst door Annie Wright op 00:00 3 comments: