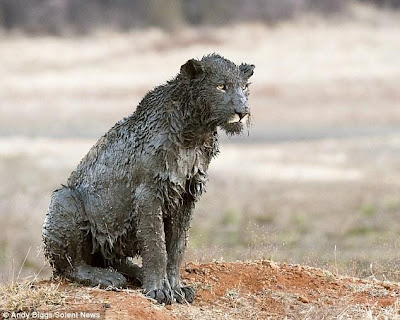 This grubby lioness had just extricated herself from some mud when a photographer suddenly appeared out of nowhere and took this less than flattering shot.

What is she thinking?

- I have never felt so humiliated in all my life!
- Don't mock it till you've tried it. Mud baths do wonders for the complexion.
- The photographer's a bit alright. I would love to sink my claws into him!
- All of the above.
- None of the above. If so, please elaborate.

Lou and Laurie Go to the Dogs 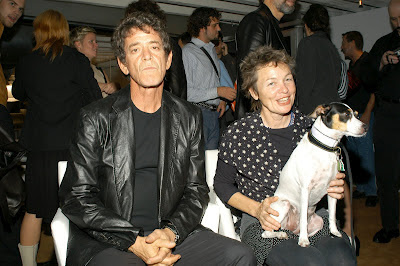 Literally! On June 5, Lou Reed and Laurie Anderson will give a free concert on the North Boardwalk near Australia's Sydney Opera House. Here, they will perform Anderson's "Music for Dogs", a 20-minute piece where, although inaudible to human ears,"our canine friends will be treated to a glorious cacophony of sound while all we hear is the lapping of the water on the harbour."

Do you have a dog? Would you want to go?

Or does the thought of all those insanely howling barkers remind you too much of the average rock concert?
Geplaatst door Profoundly Superficial op 00:00 3 comments:

Email ThisBlogThis!Share to TwitterShare to FacebookShare to Pinterest
Labels: Animals 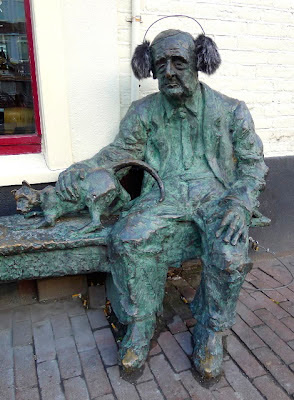 Some generous person has provided this elderly gentleman with a real pair of fluffy ear warmers. Just the thing you need in this cold weather! 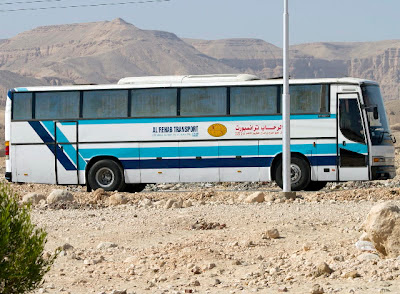 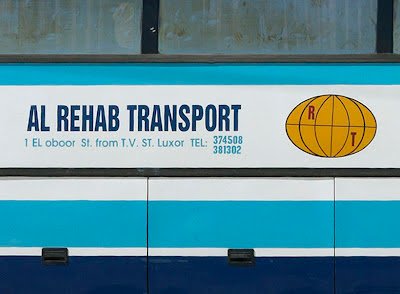 Spotted in Egypt earlier this month. 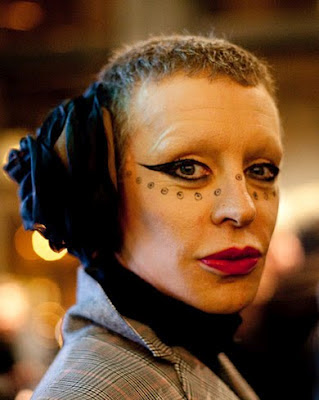 Style icon, androgyne and muse Kenny Kenny was born in Ireland and studied fashion at the Dublin National College of Art where he was told that he was better suited to experimentation than fashion design. He took that as a compliment and has never looked back. Now based in New York, Kenny Kenny was recently asked which period costume he would most like to wear. "The Turin Shroud", he replied. Doubtless even that would suit him.
Geplaatst door Profoundly Superficial op 00:00 4 comments: 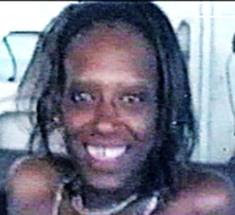 Like many serial killers, Lonnie David Franklin Jr. (aka the Grim Sleeper) collected souvenirs of his crimes. He liked to photograph or film the girls he met and sometimes killed. Franklin is now awaiting trial for ten counts of murder. Meanwhile the police are left with pictures of another 180 potential victims.
Geplaatst door Profoundly Superficial op 00:00 1 comment:

Charming the Birds from the Trees 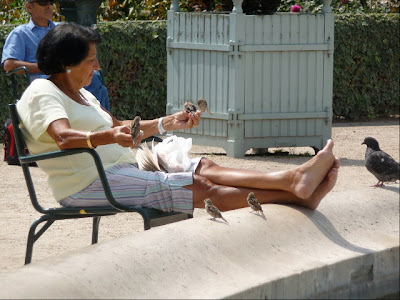 Stories are unfoldng wherever you go. You just have to stop, watch and listen. Last summer I spotted this lady topping up her tan at the Palais Royal in Paris. What I didn't initially notice was that she was literally charming the birds from the trees, that tiny sparrows were flocking to the plentiful supply of crumbs she was holding between her fingers. It was as if she were meditating and I stood there in silent awe.

Email ThisBlogThis!Share to TwitterShare to FacebookShare to Pinterest
Labels: Ephemera

Getting Your Priorities Right 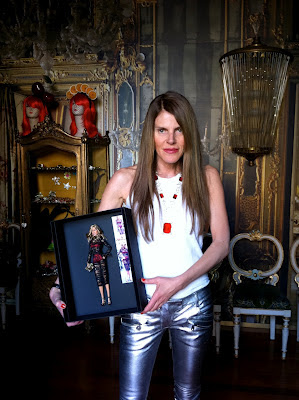 Stylista Anna Dello Russo (47) lives in two adjoining apartments in Milan. One is her home which she shares with Cucciolina, her miniature pinscher. The other is entirely dedicated to her clothes, and comprises 19th-century display cabinets and vast photographs of the interiors of the Palazzo Gangi in Palermo, the location for the Visconti film The Leopard.

So where's her significant other? Dello Russo got married in 1996 but found that there was simply not enough closet space to allow for a husband. Despite a magnificent wedding, she admits that "the marriage was a disaster and it was finished after six months. Yet the look was amazing!"

Anna is pictured here with her very own mini me.
Geplaatst door Profoundly Superficial op 00:00 3 comments:

The Best Thing About Winter... 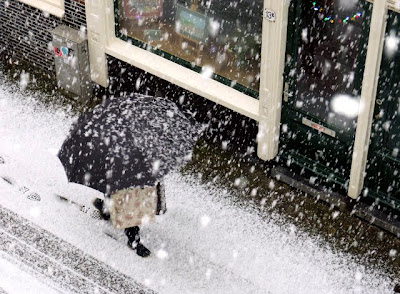 ... is striding heroically through the blizzard like an Arctic explorer and knowing that love, good wine and a delicious meal are waiting for you at home!