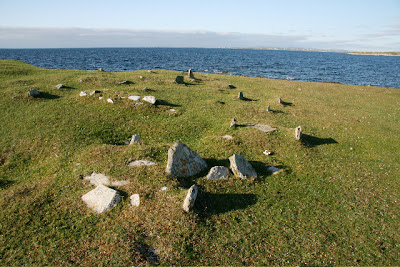 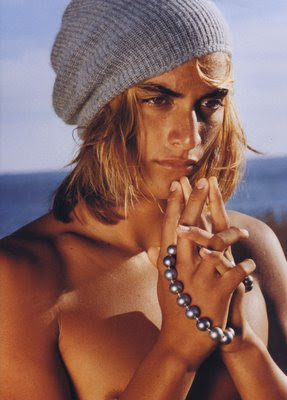 Email ThisBlogThis!Share to TwitterShare to FacebookShare to Pinterest
Labels: Icons

The Child Who Never was 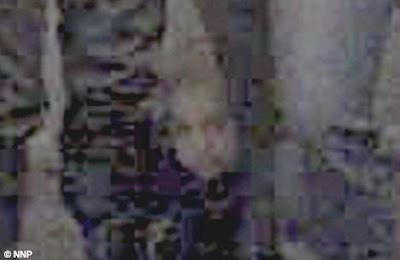 Teesside teenager Matthew Summers took a snap of seven of his mates, and discovered a ghostly eighth face staring back at him.
"I was really shocked because I don't believe in that stuff," he said.
"I've sent it to my girlfriend and she thinks it's a bit weird," he added.
Geplaatst door Annie Wright op 16:39 2 comments:

The Boy Who Never Was... 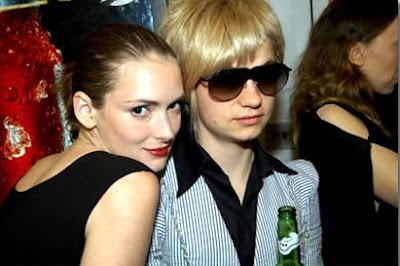 Cuddling up to Winona Ryder is JT Leroy, the prodigy writer/transgendered person with HIV who never existed. Like Andy Warhol, it was all wigs, dark glasses, money and fame. See: http://en.wikipedia.org/wiki/Jt_leroy
Geplaatst door Annie Wright op 07:31 No comments:

Email ThisBlogThis!Share to TwitterShare to FacebookShare to Pinterest
Labels: Hoaxes 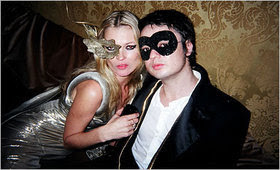 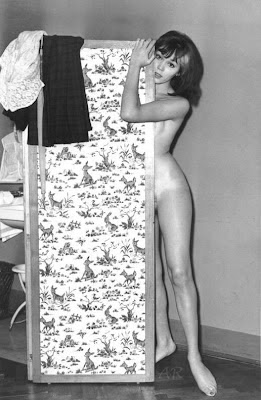 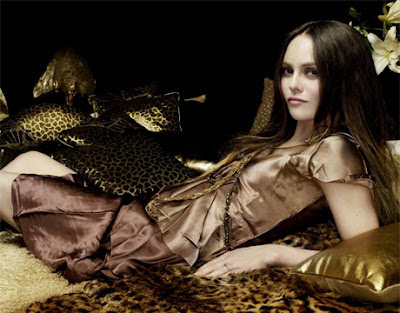 "Originally the word glamour meant nothing more or less than grammar, the study of the proper form of words and sentences. This was back in the Middle Ages, when only a few clerics and clerks (both words have the same origin) knew how to write.

To others, grammar meant something mysterious and magical, as it still does to many who wrestle with the language today. Eventually grammar came to have a secondary meaning of 'magic.'

In Scots, the word had an l instead of the first r. We find writers from Scotland using this magical glamour in English as early as 1720, when it meant to cast a spell or to use witchcraft.

The modern meaning of the word relates to fascination, charisma, beauty or sexual attraction. A person, or their lifestyle, can be described as glamourous.

In Christopher Priest's 1984 fantasy novel, The Glamour, the innate ability to turn one's self invisible is to possess the glamour.

In his book It, Stephen King uses the Scots word glamour in reference to the creature known as It or Pennywise, saying that it means a creature able to either truly change its shape and/or physical appearance at will, or be seen as different things by different people."
www.theresalduncan.typepad.com/witostaircase/clothes/index
www.answers.com/topic/glamour
Geplaatst door Annie Wright op 07:09 No comments: 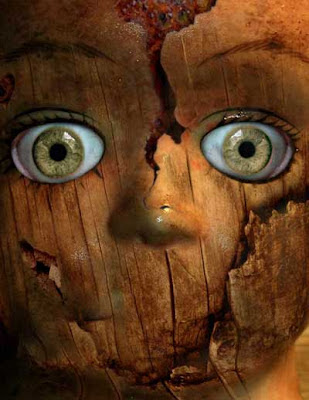 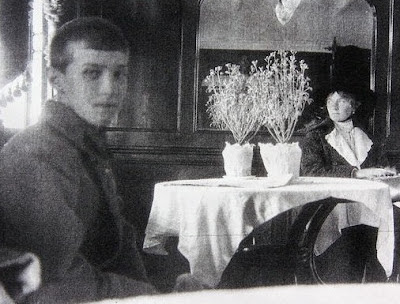 The last photo of the Tsarevitch Alexei and the Grand Duchess Olga, who were executed in 1918.
Geplaatst door Annie Wright op 07:05 1 comment: 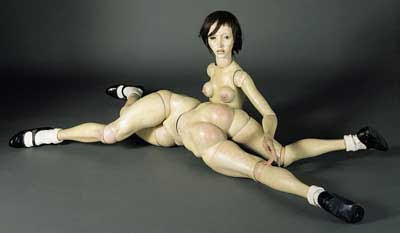