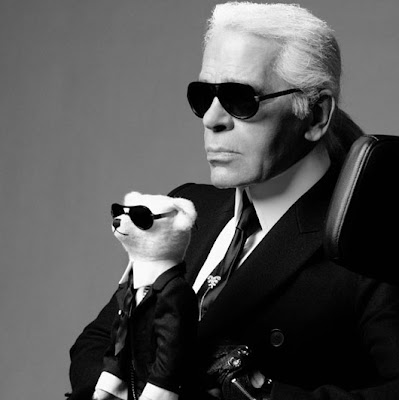 This bear was made in his creator's image and and manufactured by Steiff, the purveyors of pedigree teds.

When asked whether he had a much loved bear as a child, Karl Lagerfeld replied, "Maybe I had one; I don't remember. I never played with anything like toys. I wanted to be grown-up." But, betraying a certain familiarity with the species, he added, "Bears are very nice, as long as you are nice to them". 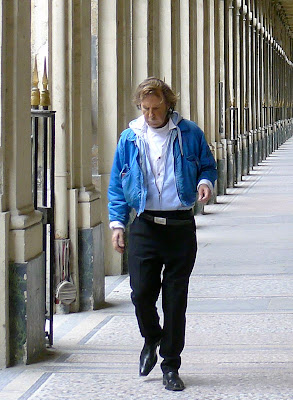 Fashion is full of casualties and lost souls. Think of John Galliano, whose vertiginous fall from grace continues with his current trial. Last week in Paris, I was haunted by another designer living in the shadow of what used to be. His name is Claude Montana.

Montana is now remembered as much for his private life as for his SM-inspired heyday of the mid-1980s. Never known as a ladies' man, his marriage to model Wallis Franken ended when she took a swan dive out of a second-floor window amidst rumours that he had abused her. The next year Montana went bankrupt.

When I took this photo, Montana was padding silently around the Palais Royal, waving to young shop workers with a nimble swivel of the wrist. Later I spotted him dropping into cafés on Rue Saint Honoré in the hope of being recognised. On one occasion, he accosted a smartly-dressed man, who was clearly embarrassed.

Then it was my turn to encounter Montana and I was greeted by a whispered "Hallo". Glancing up, I was overwhelmed by sadness. For he seemed like a homeless person, like a person with no real place to go.

A Carpet of Shadows 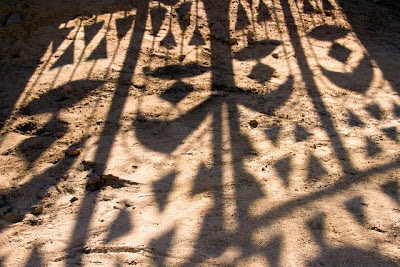 This welcoming shadow carpet reflects the ornate gates of the house that my friend Negrashi is building in Aswan. Just like the rest of the building, it is in the traditional Nubian style.
Photo: Profoundly Superficial
Geplaatst door Annie Wright op 00:00 3 comments:

Email ThisBlogThis!Share to TwitterShare to FacebookShare to Pinterest
Labels: style, The Middle East 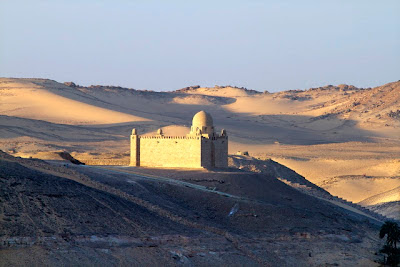 One day reality intervened and the Aga Khan died. Begum Om Habibeh (as she was now known as) missed her man terribly and adopted a daily ritual of placing a single red rose on his tomb, which earned her the nickname the "Red Rose". When she was abroad, the ritual was performed by her gardener. When she died and was buried alongside her husband, it was taken over by the City of Aswan. Red Rose's ritual - and all it represents - lives on to this very day.
Photo: Profoundly Superficial, Aswan, Egypt
Geplaatst door Annie Wright op 00:00 5 comments:

The History of the Door 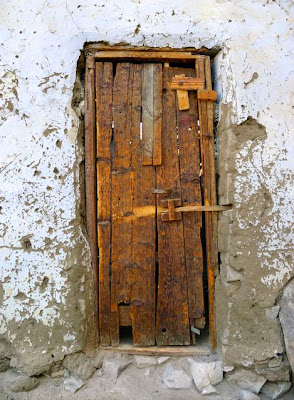 This Sahel Island door has seen much in its time. It has been slammed in anger and closed gently to evade detection. Maybe it has even been broken down. But replacing it has never been an option. Instead it has been patched and mended, its many battle scars attesting to its long and dramatic history.
Photo: Profoundly Superficial, Egypt
Geplaatst door Annie Wright op 00:00 1 comment:

Email ThisBlogThis!Share to TwitterShare to FacebookShare to Pinterest
Labels: Ephemera, The Middle East 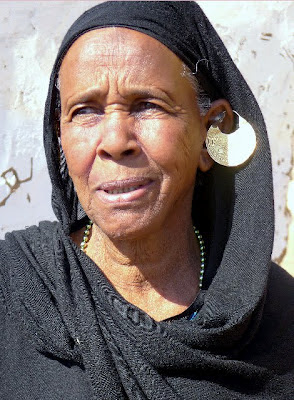 Sahel Island is Nubian territory and largely survives through tourism. To help make ends meet, the young women make swathes of necklaces in every colour you could possibly desire.

But what can you do when you're older and your fingers stiffen? Like any supermodel, you will charge to have your photograph taken and make sure that you always stand out from the crowd. Like this lady with her striking and strategically-placed earring. 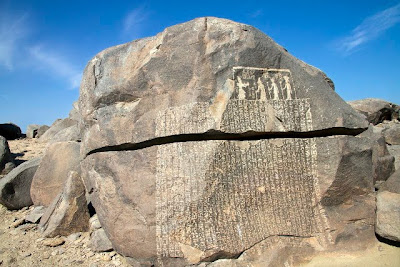 Located in the Nile south of Aswan, Sahel Island is dominated by massive boulders that are covered with the stories of Ancient Egypt. Wherever you look, pharaohs and priests are presenting you with their tales of power and magic. 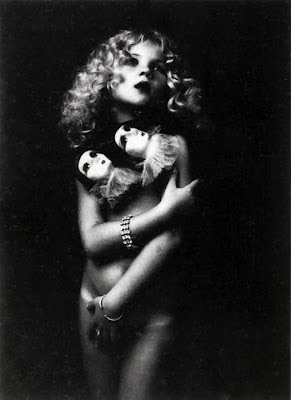 This is one of many photographs that Irina Ionesco made of her daughter Eva in the libertine 1970s. Now the tables have been turned and Eva has just released Je ne suis pas une princesse, a film about her singular relationship with her mother. Apparently it's not a pretty picture... 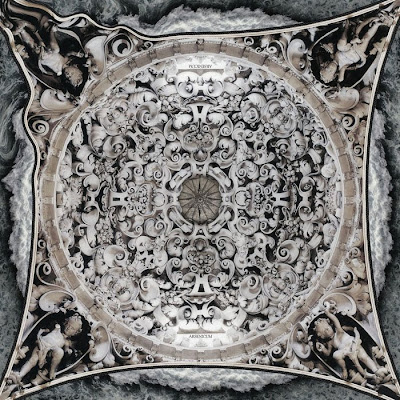